Where history and movies meet 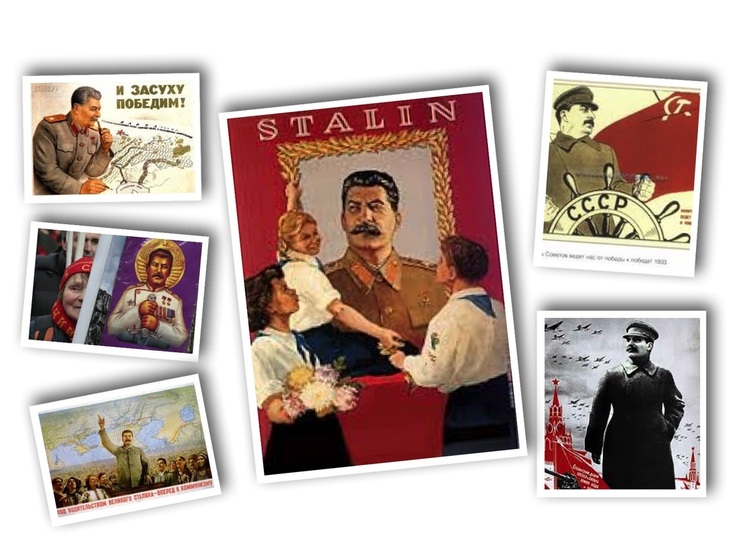 Posters glorifying Stalin (clockwise, from top right):  Stalin as the great helmsman; Stalin as staunch defender of the Motherland; as leader of the masses of the world's masses; early 21st century admirer with poster of Stalin in religious icon pose; and Stalin as strategic genius.
Stalin & the Movies