Popular Hollywood movies were shown in New Zealand just a few weeks after their overseas release. This 1929 ad shows that an Auckland cinema showing Hollywood's latest hit musical . Like its big-city American counterparts it also provided continuous sessions and live entertainment.
At the opening of Auckland’s huge Civic Theatre opened in December 1929 a crowd of thousands pushed inthe doors and staff were so busy that they threw handfuls of money into the box-office safe, unable to count it.
Films were a feature of New Zealand social and cultural life from the earliest days of commercial cinema. Only ten months after the world’s first public cinema screening in December 1895, a motion picture was shown in Auckland, using an Edison projector imported from the United States. A decade later Aucklanders could see, a few months after its American release, the first 10, 000 foot long movie - America at Work. The next year the Queens cinema in Auckland adopted the American city custom of having continuous screenings, from 11:00 a.m to 11 p.m. By the end of 1916 that city had thirteen inner-city picture theatres. By the end of the 1920s, one sixth of the population of Auckland went to the movies each Saturday night.
By the late 1930s New Zealand had one cinema seat for every six New Zealanders; the American ratio was one in twelve. In New Zealand there was one ‘picture theatre’ for every 3000 of the country’s population, while the United States had one for every 8700 people.19 By 1947 there were 33.6 cinemas for every 100 000 people, in contrast to 12.5 in the U.S.A., 11.3 in Britain and 20 in Australia. In 1943-4 each New Zealander on average attended the cinema on 23.4 occasions that year.20 A decade later that average was 18.1, which ranked New Zealand second only to the United Kingdom (25.0) on international attendance figures and ahead of the United States, which ranked fourth with a figure of 16.4.​
189
The popularity of movies with New Zealanders was cemented in 1929, with the arrival of sound. When the De Luxe theatre in the small Horowhenua town of Levin installed ‘talkie’ equipment, bus services were re-organised in order to take residents from even small neighbouring towns such as Shannon into Levin for matinees and evening sessions. And when Whakatane’s Grand Theatre showed Broadway Melody, so many travelled over rough roads from isolated settlements such as Te Puke that a special 11:30 p.m. session had to be held.
By the 1920s foreign observers commented on New Zealanders' infatuation with the cinema -especially Hollywood movies. In 1929  the United States Commerce Department published a bulletin Motion Pictures in Australia and New Zealand. Its author, Eugene Way, noted that for New Zealanders – ‘well-educated, healthy, sports-loving’ – cinema-going was a popular activity. He observed that "90 per cent of the films shown in New Zealand were of American origin",noting that "programs are very similar to those seen in the United States. All the feature pictures are exhibited only a few weeks after their release on Broadway ... the picture fan frequently sees many American pictures before they have been made available to the smaller American communities....the average motion-picture house in New Zealand is a comfortable, luxurious building ... comparable with theaters in cities of similar sizes in the United States. Orchestral selections, organ solos and other features precede the showing of the film, and every care is taken to cater to the desire of the public." Way  also claimed that New Zealander cinema audiences enjoyed the ‘adaptation of well-known novels, society drama and light comedies’, but disliked ‘morbid and melancholy tragedy films."
​Eugene Way, Motion Pictures in Australia and New Zealand (Dept of Commerce Trade Information Bulletin No.608 1, U.S. Govt Printing Office, 1929), p.39; 41; 43-4
This movie-mania had a mixed reception. In 1944 the periodical  NZ Magazine observed disapprovingly, ‘[o]ur public is film-mad – Hollywood mad. Our public is so hungry for celluloid tales well presented – and Hollywood has the technique – that they will roll up afternoon and evening and cheerfully swallow the fare provided, without being too fussy about the details’"
In 1945 the public intellectual, film reviewer and future film censor, Gordon Mirams, wrote anxiety, stylish and controversial book on New Zealand's film culture. It was the first time that cinema-going in New Zealand was treated as a serious subject providing insights into New Zealand's society and culture. Its key passage boldly asserted that
"We New Zealanders are a nation of film fans. Only tea drinking is a more popular diversion with us than picture-going. We adopted the motion picture earlier and more enthusiastically than most other countries, and today we spend as much time and money at the pictures, per head of population, as any other people in the world, except the Americans –and even they are not very far ahead of us. It follows that our picture-going habit exerts an enormous influence upon our manners, customs, and fashions, our speech, our standards of taste, and our attitudes of mind. If there is any such thing as a ‘New Zealand culture’, it is to a large extent the creation of Hollywood."

Movies provided the themes ofmany dances and balls in New Zealand between the wars. Sometimes they were for more affluent sections of society; more frequently in small town halls once the movie was over, seats would be moved, carpets rolled up and the dancing would begin.
​
It is indicative of the cinema's popularity in New Zealand for at least five decades, and its role as a focus of New Zealand communal and recreational activity during this period, that both biographies and literature of several  of the key  post- World War2  poets, novelists and scholars fondly reference both the cinema, especially  its Hollywood connotations. The poet and  historian Keith Sinclair described how in the late 1920s "[o]n Saturday afternoons most of the kids used to go to matinees at the picture theatre, the Ambassador ....the children ...screamed with delight at the cartoons and western serials’.[Sinclair, Keith, Halfway Round the Harbour: an Autobiography (Auckland: Penguin, 1993), p.31.] The internationally renowned novelist Janet Frame’s account of her youthful enthusiasm for the cinema emphasises American filmstars:
"Now that we “went to the pictures” every week, a new selection of ambitions in a completely new world was offered to us. Myrtle, who did resemble Ginger Rogers with her golden hair, planned to be a dancer or a film star or both.... I had dreams of being a blind violinist, but, more practically, because I had curly hair and dimples, I also saw myself as perhaps another Shirley Temple." [ Janet Frame, To the Is-Land (New York: George Braziller, 1983), p.92 ]
When  poet James K. Baxter wrote a lyrical account of his teaching life in the remote settlement of Akitio in the fifties, he depicted the local ‘cinema’ as the focus of the small community’s entertainment. Films were shown every second Saturday in the ‘landing shed’ ... a large barnlike structure near the beach on the property of a local farmer and used until the nineteen-forties for storing wool’.
Another of New Zealand's finest poets, Kendrick Smithyman, sometimes evoked his childhood experiences of movie-going in his poems. Outlooks. for example. portrays the New Zealand film-going experience as both a communal event and a social highlight in rural areas:

Years ago, on Saturday
Nights, farmers and villagers, Timbermen and gumdiggers,
My fable’s staunchest people
Not wholly predictable
Nor all to be believed
Having little they believed
In but their deluded strength
To endure, their common breath Not purposed for glory’s end, Would stay the work of the hand To get to the picture-show...
Yet, as we looked hard abroad
On the world which was displayed To us in our village Hall,
There was a question: Does all
Go shivering, screened by rain?

This primal sense of the audience participating in a communal experience can also be found in that most cinematic (and neglected)  of New Zealand novelists, Ronald Hugh Morrieson. As Daniel Craig points out, Morrieson’s superb novel The Scarecrow utilises the serial conventions of 1950s Hollywood horror and noir films.26 It contains an affectionate description of the cinema of Klynham, the fictional stand-in for Hawera hometown of his childhood and adolescence in the interwar years.
"It was a big draughty barn of a place, but many happy hours we spent therein....I recall it fondly the way it was in the days when Les and I sat enthralled by a serial picture called ‘The King of Diamonds’, and the kids stamped on the floor and whistled at each certificate of approval, unless it was a travel film and then they hooted and groaned. There was always a chance of my bare arm brushing against the electrically charged flesh of Josephine McClinton again as we crowded down the stairs at interval, or even maybe, some day, fluking a seat alongside her. There were big pictures of Tom Mix and Robert Montgomery and June Withers on the walls of the stairway...."27 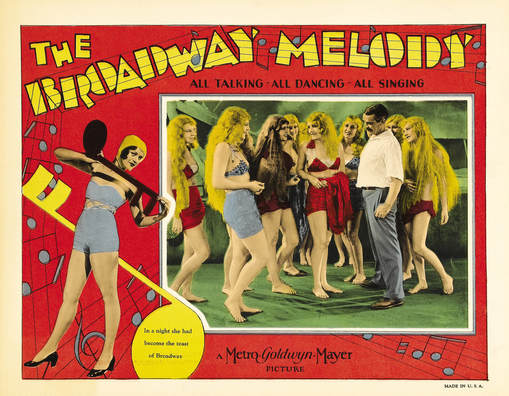 Special buses were needed to bring people from surrounding towns into the small Bay of Plenty town of Whakatane to see their first "talkie".

NEXT: The attack on movies in New Zealand Part 1