In 1937 Hitler told the British Foreign Secretary Lord Halifax that Lives of a Bengal Lancer  was one of his favorite films. According to the Fuhrer, It showed a "handful of Britons holding a continent in thrall. That was how a superior race must behave and the film was compulsory viewing for the S.S."
Source: Ivone Kirkpatrick, The Inner Circle [London:Macmillan, 1959, p.97. Kirkpatrick was a senior Foreign Office official  and diplomat who specialised in German affairs. He was sent by Churchill to interview Rudolf Hess after the later landed in Scotland in 1941.He rose to the top of the Foreign Office ranks in the 1950s.

Scenes from the movie

Who were the Bengal Lancers?

The Bengal Lancers that Yeats-Brown's best-seller describes were the regiment  known as the 8th Bengal Lancers, stationed at Bareilly cantonment, in northern India, 100kms from the Himalayan foothills. They were part of Britain's largely locally recruited forces in India (as distinct from units of the British Army stationed in the sub-continent). They provide a perfect example of how so few Britons were able to rule such an enormous and heavily populated land: a key part of the imperial military presence  consisted of local forces acting under British control in the form of the officer corps.
Just before Yeats-Brown took up his post these 'native' units, divided into the Bengal Army, the Bombay Army and the Madras Army,had been combined into a single unit, called the Indian Army. All these regiments had British officers. At that time there were nineteen regiments of Bengal Lancers stationed in various parts of northern India. The regiment depicted in the movie is entirely fictional.
The Bengal Lancers originally were a cavalry unit, and traced its parentage back to the private army of the East India Company, before becoming part of the Bengal Army after the Mutiny /Uprising. The fought in Afghanistan in 1879. In 1899 they were fitted with lances and became the 8th Belgian Lancers. Fittingly, the unit is now the 3rd Cavalry  (armoured) in today's Indian Army. Several of the Bengal Lancer units fought overseas, including Egypt and Sudan (1882-5),  the Boer War in South Africa and on the western front in World War I, including the Somme and Cambrai. Other units served in Mesopotamia (Iraq).
See Graham Watson, Indian Army, 1902, http://orbat.com/site/history/historical/uk/indianarmy1902.html; http://battledescription.com/bengal-lancer/ ; http://en.wikipedia.org/wiki/8th_Lancers)
The painting above left shows Bengal Lancers triumphantly charging into battle against German cavalry at Ypres, 1914. The illustration above right shows them charging a German trench on foot. Eyewitness accounts prove the painting to be a fabrication. In fact, the  military situation on the western front  was so dire and manpower so depleted that the British flung the Lancers into action almost as soon as the unit arrived in France. This meant that the Lancers fought at Ypres as 'Dismounted Infantry', not as cavalry. They also fought in their light tropical outfit (plus a flannel shirt and jersey) and  light boots; there was no time to equip them properly. It is unknown whether they were issued rifles rather than lances.
"The British Expeditionary Force holding the line of shallow, badly-made trenches from Ypres to La Bassee was subjected to a series of massive German attacks designed to clear Belgium and capture Calais. At a critical stage when the Germans seemed on the point of making a breakthrough the Indian Corps were brought up as reinforcements. In half waterlogged trenches, under constant attacks by German Infantry, who outnumbered them by at least seven to one, the Indian Corps fought with the utmost gallantry alongside the seasoned veterans of the British Expeditionary Force. At the end of four weeks of the heaviest fighting experienced in the war the line held. Ypres remained unconquered. In the words of Lord Harding, Viceroy of India: "It is to the abiding glory of the Indian Corps that it reached France in the first great crisis of the war. The only trained reinforcements immediately available in any part of the empire arrived in time to stem the German thrust towards Ypres and the Channel ports during the autumn of 1914. They consecrated with their blood the unity of India with the empire; and few indeed are the survivors of that gallant force."
Source: Wakefield, Col. J., and Lt. Col. J.M. Weippert, eds., 1986, Indian Cavalry Officer 1914-15 – Captain Roly Grimshaw:Tunbridge Wells, Kent, England, D.J. Costello, 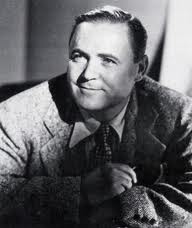 Henry Hathaway, 1898 - 1985.
Henry Hathaway directed more than sixty films, many of them with major stars such as John Wayne and James Stewart, but his work has been ignored by critics or favoured with polite evaluations such as 'competent' and 'professional'.  There are several reasons for this neglect. Most of his films were apparently straight-forward actioners or westerns, genres frequently despised by some critics. His work also seems to lacks underlying themes and obsessions for critics to latch onto. He was not a notable stylist, although most of his films have a satisfying narrative fluency and exemplary pacing. Hathaway didn't write his own scripts or produce  his own films. Finally, he worked contentedly within the Hollywood studio system for decades, first with Paramount then with Fox, directing movies on assignment for his producer bosses, rather like his contemporary, Henry King, director of King of the Khyber Rifles. Hathaway was  not a Nicholas Ray chafing under the confines of studio regimes, although he occasionally angered them with his stubborn insistence on getting the lighting style he wanted from his cameraman. Directors like KIng and Hathaway who were at ease with the big studio restrictions never feature highly in critics' assessments. Yet Hathaway, like more favoured directors like William Wyler, was a stickler for detail, insisted on repeated takes of scenes until he was satisfied, and was highly knowledgeable about the use artists made of shade, light and perspective.
Hathaway's skills are best revealed in two genres that he specialised in making. The most important of these were the thrillers of the 1940s and early 1950s, with their semi-documentary, shot-on-location style and film noir characters and subjects. These include 13 Rue Madeleine , Kiss of Death,  Call Northside 777 and Niagara. Early in his career Hathaway made Westerns (Heritage of the Desert and Trail of the Lonesome Pine) and he returned to that genre in the sixties, making a series of interesting, idiosyncratic movies, frequently with the theme of family commitment , often starring John Wayne. The best known of these are True Grit and The Sons of Katie Elder.  Other westerns include  Nevada Smith with Steve McQueen, and Five Card Stud.

More Movies About the the British Raj and India in Cliomuse.com