From the late 1930s to the mid-1950s Gordon Mirams was a key figure  on the  New Zealand' cultural landscape. A former journalist, he used his literary talents, lifelong interests in  movies and New Zealand's cultural politics  as well as his wide-ranging social and political contacts to  become an influential figure in the inner circles of the Labour Government of 1935 - 1949. By the 1940s he was one of the country's best-known public intellectuals.  Mirams became the country's first genuine film critic for the New Zealand Listener, which was for years the only only New Zealand  publication containing cultural commentary. The weekly publication had a wide readership because it  provided the only source of radio programmes  listings and times. His lively and stylish film reviews (with heir cleverly concealed political commentary) were for years a popular feature of the Listener.  He also wrote and spoke frequently on movies and movie culture, urging a new, more liberal approach to film censorship in New Zealand, ostensibly based on age restrictions to movies rather than outright banning or cutting films.
is wide range of social and political contacts in Wellington to become New Zealand Film Censor  and he used this success and his efforts  in setting up and organising  film societies roles as the nation's first genuine film critic and then as  New Zealand Film Censor from 1949 to 1959 to become a a shrewd  participant in, and manipulator of, cultural politics during the  the period from before the second World War to the mid-fifties. 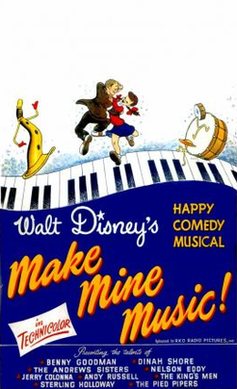 Mirams  took pains to construct an image of himself as a bold  and broadminded pioneer on a civilising mission in New Zealand's cultural wilderness. and as a modernising progressive in his approach to film (and print) censorship. He cheerfully declared his socialist sympathies  and proclaimed his fondness for democratic values.
But in fact Mirams was an elitist in his approach to culture and education in general and movies in particular. Like his fellow cultural campaigner  Walter J. Scott, Mirams  was convinced that ordinary New Zealanders needed paternalistic guidance and supervision  from their cultural superiors, in the form of censorship and education. Like most New Zealand public intellectuals of that era Mirams believed that  popular culture, especially American popular culture, was a pernicious influence, tempting New Zealanders away from socialist  values  and 'high' cultural standards.
​ 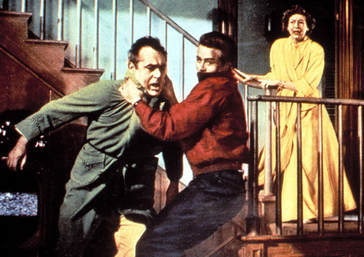 Mirams tried to use his role as film censor to protect the New Zealand public -and especially its youth - from what he considered to be the excesses of Hollywood culture. These included an emphasis on violence, sentimentality, and the overwhelming aim of making money rather than art.  So he banned Marlon Brando's motorbike gang epic The Wild Ones and tried to ban Rebel Without a Cause. But an Appeal Board recognised what most overseas critics had seen in Rebel: a serious, thought-provoking , intelligent examination of family and generational conflict. Mirams' ban was overturned .