The Campaign Against  Hollywood  Movies Pt.2

Both these movies were very popular in interwar New Zealand. The  Jazz Singer was one of first talkie musicals shown here, but sometimes regarded askance for ; Henry Viii was praised for its essential "Britishness" of subject matter, production values  and country of origin. From the twenties through to the forties many cultural commentators insisted on the superiority of British movies to their Hollywood counterparts. But the New Zealand picture-going public knew better: American movies  was far more popular than the usually lacklustre and torpid products of the moribund British film industry of the time.

4. Racism also  played a role in perceptions of American cinema during these formative interwar years. In 1936 the Attorney-General agonized over the alleged influence of Hollywood on the street culture of some young Maori. 'They
dress and act the part of ...[film] characters ...usually the characters of the wild west films. That the films do have a strong suggestive influence is thus clear and that this influence is in the direction of increasing crime is also clear.
The Film Censor’s files of that era  contain letters complaining about the presence of negro music and negro actors in American musical films, which were especially popular in New Zealand with the arrival of ‘talkies’. W.W. Tanner, the censor in the 1930s, agreed with these complaints . In January 1931 he described how he dealt with such films: ‘he had blocked all of them’. According to Tanner, ‘the general public did not know what they had been protected from’, namely cabaret and other scenes set in ‘surroundings of low quality’. Other public officials also condemned Hollywood musicals as indecent. T.B. Strong, New Zealand's  Director of Education in the late 1920s, blamed ‘Yankee cinematograph pictures’ for their ‘insidious influence on our young folk’. He told Wellington Girls’ College pupils and parents of his objection to cabaret sequences
which not only included an ‘unashamed exhibition of female nakedness’, but also contained slang ‘characteristic of the less-educated American.’
Below​: Risque titles, risque costumes, temptresses, sexually chatged scenes, night-club and cabaret scenes -and, the horror! - black entertainers on-screen and alongside white actors.
Everything that W.W. Tanner, New Zealand's film censor from 1924 to 1938 detested about Hollywood movies can be seen in these images above and below: negro performers and musicians (especially those in scenes with whites), cabaret sequences, songs and dialogue with American slang, nudity, 'offensive' sexual behaviour. He even bannd the 1930 antiwar classic All Quiet on the Western Front and cut sceens from King Kong. Most of the films he cut or banned were American, not British, in origin. 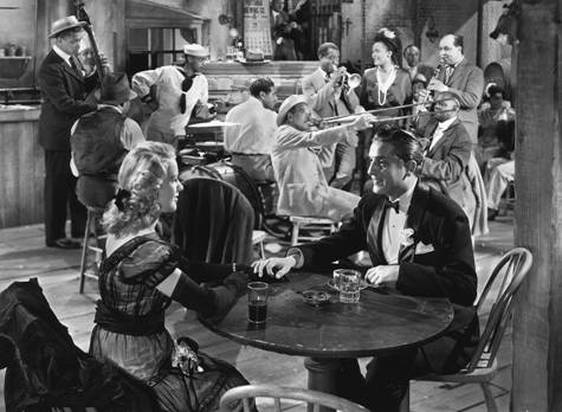