Movies set in Paris and Versailles

Versailles: the Setting for 175 (and counting) Movies

The magnificent palace and gardens at Versailles have been the setting for at least 175 movies. Most of them have nothing to do with history. Versailles has been used as a backdrop for comedies, thrillers, and especially romantic movies. It is used by directors  a recognizable visual code depicting luxury, extravagance, grandeur,  frivolity,luxury, high culture, aristocracy and romantic affairs.However, this site focuses on Versailles as a setting for films about French history, especially those of the late 18th Century revolutionary period.

Three Movies About the Aristocracy and the Court of Marie Antoinette and Louis XVI
These films portray the privileged social and intellectual lives of the 18th Century French aristocracy and suggest their disastrous effects on the nation.

Five Movies About Marie Antoinette and Louis XVI
At least thirty films have featured the royal couple. The four below each take a different perspective. 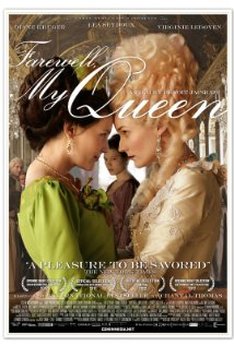 This 2012 French film, set just before the outbreak of the revolution, looks at Marie Antoinette and the Queen's court from the perspective of one of her maids.

The 1832 Paris uprising is often confused with the 1830 revolution. The latter- called the July revolution - succeeded in overthrowing the reactionary Bourbon King Charles X, and replacing him with another monarch, the so-called "citizen king", Louis-Philippe, from the junior Orleans branch of the royal family. This revolution was immortalized by Delacroix' famous painting, "Liberty Leading the People", but posters advertising the musical drama "Les Miserables" and the climactic scene of resistance on the barricades reference the 1830 revolution, not the 1832 revolt which was crushed. The 2012 movie of the musical features the revolt occurring in an incredibly inauthentic  set in which some barricades, flags, a large sculpture of an elephant and a motley crowd of street urchins and zealous students have been dumped in front of the incredibly English Greenwich Museum / Palace.