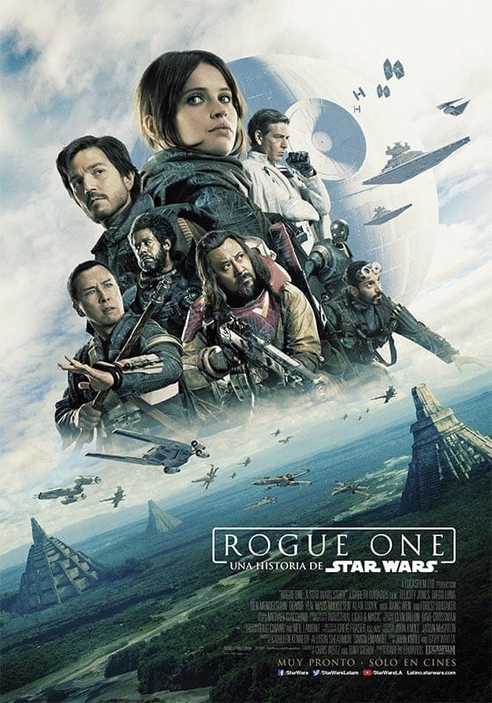 havoc on the Several critics have pointed out that Rogue One, although very much a 'futuristic' movie, is really at heart a war movie, and one with a very high body count , commando-style raids and a dark and gritty mood. And the crucial plot line of Rogue One has been cleverly uplifted from the 196's  blockbuster World War 2 movie, The Guns of Navarone, starring Gregory Peck and David Niven.
Rogue One uses the crucial element of Guns of Navarone's plot (which in turn lifts it from English writer Alistair Maclean's great bestseller of the same name. His novel and the movie are both based on the daring (fictional) exploits of  a team of Allied commandos who set out to obliterate a Greek island based  German fortress ( Navarone) whose huge guns  threaten Allied naval movements  in the Aegean Sea. Unless the guns are destroyed thousand of Allied troops will be cut off and killed or captured.
The creators of Rogue One have transposed the setting from a fictional island in the Aegean sea in 1943 to somewhere in the cosmos in the future. The Allies become the Rebel Alliance. Navarone and its guns become the Death Star. And they have transformed the Allied commando raid into a raid to capture key information that will enable them to destroy the Death Star before it wreaks further havoc on the good guys.
Alistair Maclean's novel was based on an actual campaign of the second world war.  This was the disastrous Leros campaign, also known as the Dodecanese campaign . In the book and movie the island of Leros become the fictional Navarone. As the campaign itself was disastrous for the Allies, and revealed disturbing differences between the British and American strategies for the war - as well as revealing Winston Churchill's military planning and strategic capacity  in a very bad light -  it has since been largely ignored.

The gun emplacements  inside an island  mountain in a scene from The Guns of Navarone.
Below:Maclean's best-selling novel, location of island of Leros  and another scene shwoing the two massive guns.