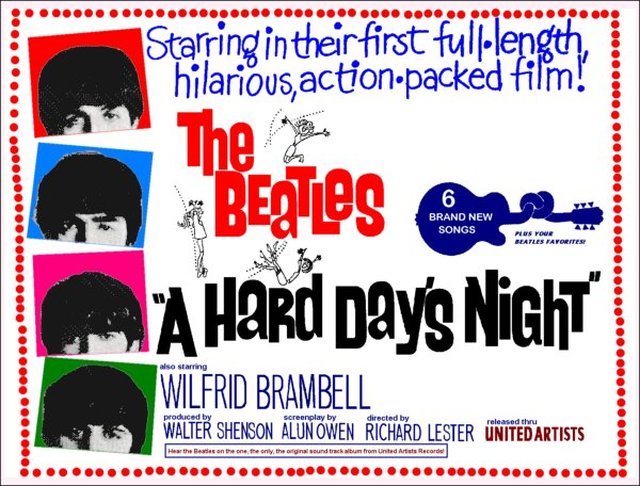 1. A Hard Day's Night: the origins

Early in March, 1964, shooting began on an as yet untitled movie starring the Beatles, a pop group that had rapidly achieved enormous record sales, sold-out concerts  and stimulated tremendous publicity in Britain ("Beatlemania") during 1963 and then at the start of 1964 had unexpectly replicated that success in the USA. The Beatles occupied the top five positions on the American Billboard charts - an unprecedented feat for any group, let alone a British one. By early 1964 media throughout the UK, the USA and other parts of the world whipped up public interest in the four to unprecedented levels.
However, the decision to make a movie featuring the Beatles had been made some months before their success in the States. The film company United Artists decided in October, 1963 to take advantage of the group's great popularity in Britain by making a cheap musical that would provide the basis for a soundtrack album. This was now a traditional pop music strategy. Most famously,  Elvis Presley had dissipated his talents by making a series of increasingly  inconsequential movies with weak plots, poor stereotyped actors, poor production values and bland songs. These pop star vehicles were also made in Britain, the most popular being those with Cliff Richard, in which some songs and dances were thrown into a generic plot.
United Artists chose the Walter Shenson, an independent American producer, aged 44, to work with the Beatles' manager, Brian Epstein, to prepare what was intended to be a low-budget, black-and-white musical made quickly in order to exploit what the studio regarded as the foursome's temporary popularity with UK teenagers. The director would be a young American, Richard Lester. The profits were intended to be largely provided not from the film but from the accompanying LP with its songs from the movie. In other words, the origins of A Hard Day's Night are to be found in the  traditional Hollywood approach to pop movie musicals.
And one Hollywood musical in particular appears to have had a major influence on the Beatles - Frank Tashlin's 1956 The Girl Can't Help It, an innovative, biting satire on the rock 'n' roll musical industry. McCartney later declared that "For a while we'd been thinking about making a film .... We'd loved The Girl Can't Help It and we knew that you could make a good rock 'n'roll film."  McCartney also described The Girl Can't Help It  as "the great music film. They had only treated [rock 'n' roll] music films as B pictures up till then or used [rock 'n' roll] music just as a theme tune as in Blackboard Jungle. Or those little black and white productions with an Alan Freed as the personality, and lots of what they thought of were 'black acts'....We idolised these people and we always thought they were given crummy treatment - until The Girl Can't Help It."  [The Beatles Anthology (San Francisco: Chronicle Books, 2000, 1st ed), p.12, p.22, p.128]
It's easy to see why the Beatles liked Tashlin's movie: it's mood was irreverent, zany and mocking. It depicted the pop music industry as shallow and exploitive. Girl was also daring in its style and technique: cartoon-like comic sequences, the screen drenched at times with swatches of dazzling colour, the ironic comments on the youthful audiences of rock 'n' roll and the older generation who couldn't understand the enthusiasm for the music but saw it as a source of profit. Importantly, despite Tashlin's sardonic approach, his movie presented the performers -including Little Richard and Gene Vincent - with flair, deftly conveying cinematically their charismatic presence in performance. Yet The Girl Can't Help It's vital influence on the Beatles' idea of amodel for a "good rock 'n' roll film" has never been given the credit it deserves.

2. The forgotten prototype for A Hard Day's Night

Shenson made the crucial decision to hire an American, Richard Lester, as director. Shenson had recently worked with Lester on the producer's well-received Peter Sellers' comedy The Mouse That Roared. Lester had worked in London for the last ten years as a television director, and had made some short, eccentric comedy films with Peter Sellers. He had also made  a couple of similarly zany films with SEllers and the rest of the cast of the tremendously popular radio comedy series, The Goon Show, which relied on surreal verbal splastick humour, a sort of Marx Brothers meet Samuel Beckett. The Beatles were fans of the Goons, and McCartney admired the eleven-minute comic movie Lester and Sellers directed in 1960: The Running, Jumping and Standing Still Film (it was nominated for an Academy Award).
One crucial factor ignored in most accounts of Lester's involvement in A Hard Day's Night is the fact that the director had already demonstrated his prowess with a pop musical film the previous year: the now forgotten, overlooked It's Trad, Dad (Ring-a-Ding Rhythm in the USA). The British title referred to what was then called "trad" jazz in Britain - New Orleans Dixieland style jazz, then undergoing a brief revival in popularity in the UK. The movie audaciously incorporated two or three distinct styles and audiences: pop music for the teens (including some American imports like Del Shannon and Del Shannon), trad jazz and some crooning numbers for the adults.
This movie  had many significant features that Lester carried over into Hard Day's Night and which have usually been regarded as uniquely distinctive of that movie:
• It was cheaply and quickly made in black-and-white;
• it show-cased artists and groups (mainly teenage) who were popular at the time and whose work would appear on the accompanying movie soundtrack;
• as some critics observed, the movie had an impressively dynamic pace - 25 songs in 72 minutes!
• its featherweight plot was concealed by rapid editing and change of locations;
• the film's major motif was its interest in the relationship between the performers and their fans / audiences;
• Lester plunges his camera into the middle of both audiences and performers, frequently shooting from their point of view
• Lester's ability to capture on film an emotional sense of verve and enjoyment that pop music provided for its fans;
• although the jazz and pop fans in It's Trad, Dad! are a source of comedy, the film is rarely condescending or judgemental about them;
• Generation differences (Dixieland = older, pop music = teenagers) form a motif in Trad, a theme Lester returns to in Night (Ringo's grandad, references to World War 2 etc).

3. The 1950s dance scene in Britain and its influence

It's Trad Dad /Ring-a-Ding Rhythm and the earlier pop musical Expresso Bongo (below) both feature sustained dance sequences which serve to emphasise the enjoyment and sense of companionship provided by dance music frequently performed in 'jazz clubs', halls, and expresso coffee bars. Many of these were located in rather dingey areas of London and other big cities. The "Cat's Whisker" in Soho was famous in the mid-fifties for its crowded and raucous music-dance scene. It was out of the underground "Cavern" in LIverpool that the Beatles would emerge. A Hard Day's Night focuses on pop performances and their enthusiastic reception by fans, but like these two forerunner pop musicals focuses on presenting the sense of elation and freedom that pop music produced for its fans. Dancing to the music of pop singers / groups / bands in fact was an important feature of 1950s social and musical culture in the U.K. In 1957 Time magazine described the scene

'Into umbrous, ill-ventilated underground caverns, seemingly as necessary to life as the air-raid shelters where some of the visitors were born, thousands of bemused young Londoners squeeze nightly to stomp and holler their approval of Britain's latest musical mania: U.S. rock 'n' roll, commercial hillbilly and folk music, warmed over and juiced up in a mishmash called skiffle... To the Soho hipsters who swelter and suffocate for it in the Cat's Whisker, the Côte d'Azur or The Two I's, skiffle is brand-new'. 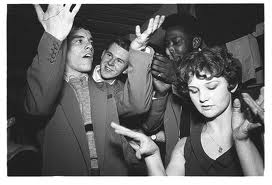 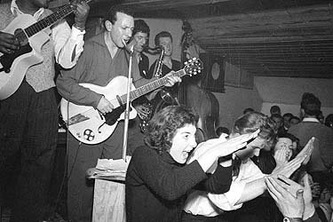 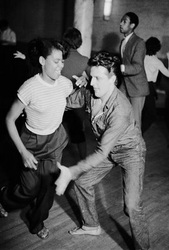 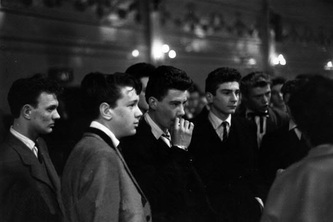 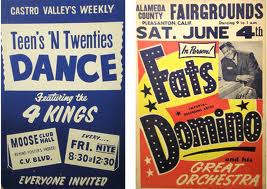 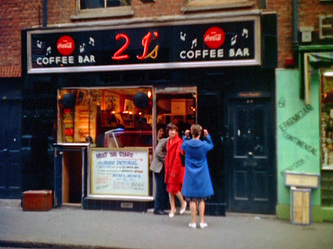 4. Another Unheralded Influence on A Hard Day's Night: Expresso Bongo

Cheaply and quickly-made, aiming to cash in on the (usually) temporary popularity of singers and groups, these two movies hoped took advantage of the popularity of the rock 'n' roll phenomenon and followed the templates of US movies like Rock Around the Clock. Rock You Sinners was one of the earliest of all British pop musicals. Made in 1958 with an ensemble of artists who quickly vanished into obscurity; its plot is the basic 'let's Put on a Show" cliche, although in this case it involves putting on a show to TV.
Play It Cool was a one of director Michael Winner's first films. It essentially copied the tired format of Elvis Presley movies, starring Billy Fury,  an Elvis / Barry Darin clone. It also incorporated the briefly popular Twist dance craze. Bobby Vee was the obligatory American import and the then ubiquitous Helen Shapiro provided a bit of class. Today this movie is chiefly interesting for its Merseyside rock 'n' roll, a feature that may well have interested Richard Lester.