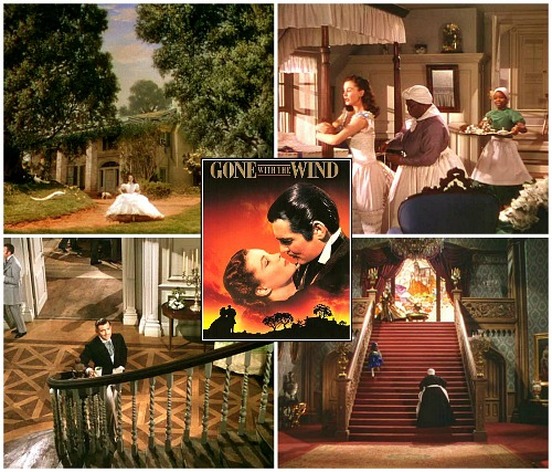 Hollywood's view of the Civil War South is most famously represented by 'Gone With the Wind': huge plantations, palatial buildings, glamorous inhabitants, contented slaves, a pampered lifestyle. The Confederacy was dominated and ruled by the minority  planter class with their many slaves and large plantations, but the majority of the South's white  population - owning no slaves, poor and increasingly hungry and desperate- bore the brunt of taxation, fighting and harsh treatment by the privileged few.
It was out of this background that the establishment of the Free State of Jones came about, along with other revolts and upheavals all through the South. 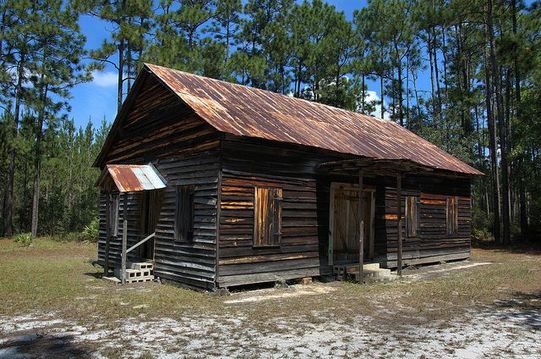 Who was Newton Knight?

Who was Newton Knight?

Newton Knight, the hero of Free State of Jones, was a real person, although his remarkable life has received comparatively little attention in recent decades.  The movie shows how this small back-country Mississippi  farmer, Confederate soldier turned deserter and Unionist sympathiser in the heart of the Confederacy led a group of like-minded men and women to attempt to secede form the Confederacy and even more daringly, to form a mixed race community in Mississippi.
Knight was a grandson of one of the biggest slaveowners in Jones County, but his father owned no slaves, nor did Knight himself. This was probably because both father and son belonged to the Primitive Baptist Church. (Primitive as in 'the Original'). This small, fundamentalist Church was a breakaway from the much larger Southern Baptist group. It was comparatively strong along the south-eastern mountainous area of the USA. It rejected any form of Church hierarchy because members emphasised the equality of true believers and insisted there was no need for theological colleges to train ministers.  It also banned music instruments in Church (but not singing), rejected missionary work, and included ritual mutual washing of feet as another sign of  equality of worshippers. Congregants also believed in predestination: that they were the 'elect' of God, the saved. They also placed great importance on the importance of the family as a unit in worship. The Church's stubbornly  independent, self-sufficient approach may well have been a factor motivating Knight and others. And its insistence on equality presumably helps explain its willingness to accept African-Americans into its religious and civic communities.

Newton Knight: background
Knight was born in Jones County in 1837.  Contemporary accounts suggest he was a very tall, thickset man, skilled at backwoods wrestling, and a very good shot, and quick to take offence 1858 he married Serena Turner, and the two established a homestead  which provided a subsistence lifestyle for what eventually became nine children, Like other 'yeomen' farmers of the area, Knight tilled his fields himself and  produced cattle, pigs and corn. These farmers, and their families, were far removed from the planter elite of Mississippi and the rest of the Confederacy, whom they regarded as effete, arrogant and privileged.  This reflected a fundamental socio-economic-political  division throughout the Civil War South.
Newton Knight, along with many others in Jones County and Mississippi did not support secession or the Civil War, and regarded the Confederacy with deep suspicion. However,  refusal to join the Confederate army meant the death penalty, and opponents of secession were harassed and intimidated by the authorities. The same situation occurred in other states, especially South Carolina.  In late 1861 Knight joined the Confederate army, and in May 1862, after being furloughed because of his father's fatal illness, he signed up with the 7th Battalion, Mississippi Infantry, along with many of his neighbours and friends from the area. Knight later claimed he joined up only on condition that he serve as an orderly caring for sick and wounded.
But Knight, like many of his neighbours and relatives, was becoming increasingly dissatisfied and disillusioned with the Confederacy and the war. Apparently he refused to return to the 7th Battalion when it was ordered to fight in the brutal 1863 Battle of Vicksburg. After the fall of Vicksburg many of the Jones County soldiers deserted and returned home to scenes of destitution and starvation.

The seeds of Jones County's  rebellion

*Many in the county -and in other parts of the Confederacy, either opposed or were dubious about the idea of secession
* The essential rationale behind secession was to preserve slavery, but few in Jones County  (only 12%) owned slaves and were indifferent to fighting to preserve it
* Secession and the war was regarded by such people  including Knight's friend and comrade in arms  Jasper Collins, who regarded the conflict  as "a rich man's war and a poor man's fight". Collins soon deserted and went back to his farm. In November 1862 Knight followed his example.
* The Confederacy in general and the Mississippi government in particular instituted harsh and unpopular measures to force men into the army and to quell dissidence, as well as financing the war and equipping the army.
* The Confederacy's "Twenty Negro" law exempted from conscription one white male for every twenty slaves on a plantation, a privilege understandably hated by slaveless southern yeomen farmers .
​* Confederate authorities imposed  a 'tax-in-kind' system : precious property including  animals, food items,  farm machinery  and crops were seized by tax collectors, many of them corrupt and brutal. This left many farmers in the county (and throughout the South) destitute, their farms in ruins and their families starving, women and children mistreated.  One Confederate officer reported that these taxmen  had "done more to demoralise Jones County than the whole Yankee Army."
​* However, the very localised religious background of the Jones County rebellion, with its links in Primitive Baptist church beliefs, and which seems to have been a factor in Knight's actions, was not reflective of the South as a whole.

The Rebellion - what happened?

A Rebel Soldier who recently deserted and came into our lines tells me that in the Tulahoma [Tallahoma] Swamps in Jones Co., Mississippi, there are some six hundred Deserters who are waiting for our forces to get near, so they can join them. They have deserted the Confederate cause and are determined to fight them to the last. All efforts from the Confederates to force them out have been unsuccessful and they are now offering a bounty to Deserters to join them.

They   In October 1862 Knight  and many of his friends and neighbours from the Piney Woods area deserted after the Southern defeat at Corinth. They had been disturbed by reports of  poverty and mistreatment of their families by brutal officials enforcing the payment in kind tax. Knight may have been captured early in 1863 and tortured for desertion. He probably did not take part in the disastrous Southern defeat at Vicksburg in  July, 1863. This loss resulted in widespread  desertions of many Confederate soldiers, including dozens from Piney Woods / Jones County  and adjacent counties who returned to their family farms. The deserters, including and probably led by, New ton Knight, and numbering about a hundred, hid out in the Leaf River swamp using it as a base from which to visit their families and farms and conduct some raids.
The next month Confederate authorities sent Major Amos McElmore ( who came from Jones County) with soldiers and dogs to the region. He used his local knowledge to pursue the deserters, with some success. Then on the night of  5 October 1862 McElmore was shot to death while staying in the Ellisville mansion of his friend. The murderer was almost certainly Newton Knight. According to local legend, the mansion is haunted by McElmore's ghost.
After the murder, deserters from the Piney Woods region met to form a military 'company' called the Jones County Scouts, electing Knight as their leader. They swore to defend each others' homes and  farms, repel Confederate tax collectors and assist the Union. They eventually raised the Union flag over the Ellis County courthouse. By 1864 the group was several hundred strong. They set about disrupting tax payments, burning bridges and threatening and even killing  Confederate loyalists and officials, not just in the Jones County - Piney Woods area but also in other parts of south-eastern Mississippi. The Confederacy's President Jefferson Davis was warned that  Jones County was "in open rebellion".
By mid-1864 two Confederate regiments had  moved into the area, led by another Piney Woods man. Col. Robert Lowry. Assisted by manhunting dogs and resorting to hanging at least ten of the 'rebels', Lowry seemed to have suppressed the uprising. But Knight and his key followers remained free and active. They lived deep in the swamps, supplied by sympathetic slaves.  They soon resumed their tactics of harassment and destruction - as late as January, 1865 they fought off a Confederate force of infantry and cavalry. Weeks later, as the Confederacy surrendered, Knight and his followers remained undefeated.
After the war Knight was hired by Mississippi's Reconstruction administration to ensure that those white slave owners reluctant to free black child slaves did in fact do so. But with the end of Reconstruction in the mid-1870s and the consequent implementation of racist white rule, the rise of the Ku Klux Klan  and enforced segregation, he retired to his farm and resumed life as a yeoman farmer.
But even then Newton Knight's life remained controversial. For a time he lived with both his wife Serena and his grandfather's former slave, Rachel, living on the same farm. Many whites in the locality and the wider southeastern Mississippi were scandalised at this flouting of marital and racial norms. Eventually he and  Selena separated (but did not divorce) and Knight continued to live with Rachel until her death in 1889. They raised several mixed-race children. Locals shunned them. Knight eventually withdrew completely from white society, living contentedly with his children and grandchildren. He died in 1922, aged 84. Knight was buried in the same cemetery as Rachel, according to his wishes.